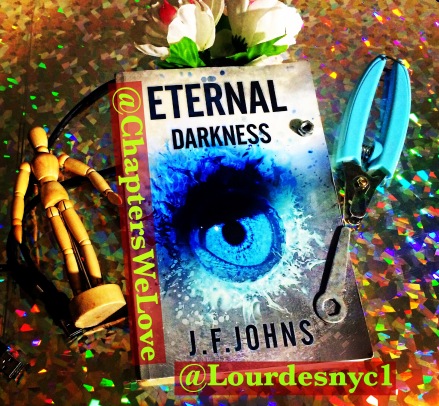 The world is divided between humans and cyborgs.  Scarlet Lock is neither.  She is a soldier created to kill on command but her memory has been erased and when she awakens in a government facility she soon discovers that this new world is a dangerous place, full of government secrets and cruel experiments performed in the name of progress.

This story is about a girl named Scarlet Lock, it all starts with Scarlet being awakened by a boy named Vladimir.  He was urging her to get up; they needed to get away from the facility they were in. Scarlet was not sure what was going on but decided to follow Vladimir’s advice and jumped out of a glass wall, while making her escape she was hit by a car, sending her flying in to the air.  This is where we meet Sam and Curtis.  After the incident they went to check on Scarlet and were shocked to see how Scarlet started healing right in front of their eyes.  They decided to bring her home and try to figure out what she is/was, she looked human to the eyes, but the fact that she was self-healing had them thinking she was a new type of government experiment, since there was no signs of wiring or robotic parts they can see.  Scarlet when asked what year was it, she reponded by saying 2040, but was told they were now in the year 2060.  While at the house Scarlet met various characters that were like family, she really liked all of them and Eric a nice charming cyborg developed some type of crush on her.  Since this group was working for a secret organization against the new government, they had to let the woman in charged know what they had found and they needed to figure out what the new government was working on.  Scarlet was allowed to return, but had the task of finding out who the head of the Slaughterers organization was; this was an organization that went around picking up cyborgs and killed them.  While on the mission, Scarlet gets closed to a human boy name Andrew, and this creates a little bit of a love triangle between Eric, Scarlet and Andrew.  Scarlet likes them both, Andrew just like Eric is a very nice attentive and very attractive guy, Scarlet felt more closed to Andrew than Eric.  Scarlet has a series of blackouts (fainting episodes) where she remembers part of her past life.  Also, we get some serious confrontations between the humans and cyborgs.  The story takes place in the year 2060; it started with the government referred to as the old government, doing experiments on humans and enhancing their abilities, making them half-human, half robots (cyborgs).  Then 20 years later a new government took over and divided their land into seven capitals.  Capitol one was the government city, and the most important city.  I found the story to be interesting, it had a bit of romance, although I not a big fan of insta-love it wasn’t anything that turned me off, and I also found the story to have a lot of information and explanation of the world building, it didn’t feel like it dragged or I didn’t feel put off by it, I felt it was necessary to understand the story better. Every time I put the book down to do life grown up stuff, I kept thinking about the story and how it was going, and so many questions, and Oh the cliffhanger!  I was like What!!!!! I have to say I really enjoyed this story and I can’t wait for the sequel to come out in October.   There is a short novella that goes with this first book called “Cyborg Tales” and it’s a series of short stories of some of the characters from when they were humans and how they came to be cyborgs, so stay tuned for that.  I will have a review on that one as well.  For now I do recommend this book, see the links below to find your copy today.

**This book was sent to me as a gift by the author all opinions are my honest opinions, I did not accepted any monetary compensation in exchange for a good review***