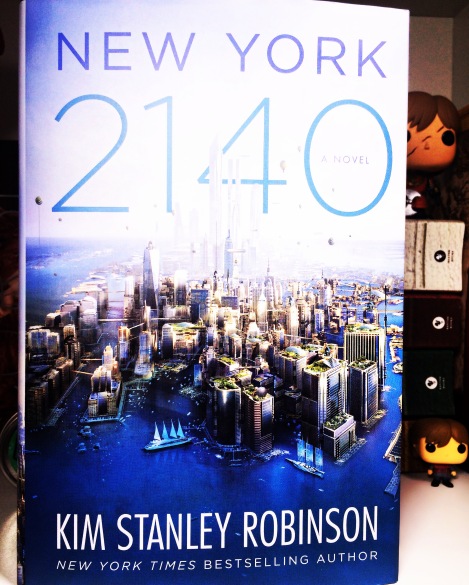 As the sea level rose, every street became a canal.  Every skyscraper an island.  For residents of one apartment building in Madison Square, however, New York in the Year 2140 is far from a drowned city.

This story takes place in a futuristic 22nd century, New York is half submerge in 50 feet of water (at least downtown is) due to rising sea levels and is known as the Super-Venice Metropolis.   The story is told in eight parts; we have 8 main characters perspectives and the story focus on the characters that live in the very famous Met Life building on Madison Square.  This story touches on the subject of economics, politics, animal extinction and most importantly global warming.  We get different plots in this story, we have 2 coders missing, 2 water rats (homeless boys) in search of treasury, a famous internet female and many others (you will have to pick up the book NO SPOILERS HERE ) all interconnected. 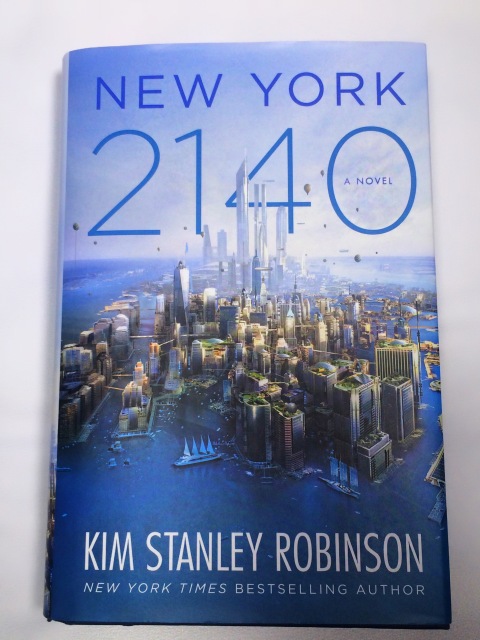 I really enjoyed this realistic-futuristic look at New York in the 22nd century.  I have to say some of the chapters are a little bit info dumpy but they do explain the reason why New York and other cities around the world have a rising sea level and we get some history as well.  Robinson definitely makes you think about what’s happening in the world today and what could possibly be the real future.  And last, can we talk about that cover!