Down The TBR Hole was originally created by Lost In A Story and the point is to help you narrow down your Goodreads TBR and also help with which books you are no longer interested in.  I’m trying to keep up and post this once a week since my TBR keeps growing with every book recommendation and book releases and I just can’t resist adding them to my list in the hopes of getting to them as soon as humanly possible.

♦ Go to your Goodreads to read shelf

♦ Read synopses of the books

♦ Decide whether to keep or Toss

I’ll be doing the challenge weekly since my to read list is out of control, and I’ll be showing 6-8 books per post, but you decide on how you want to do it. 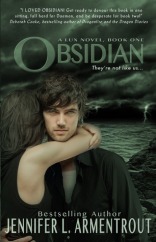 The Trials of Apollo by Rick Riordan – This one is the first book in a series of five and I’m really interested to see how Apollo deals with being a mortal after angering Zeus.  I only own the actual first books which mean I’ll need to purchase the next four in the series.  So I guess you all know the verdict on this one. ♦ Verdict- Keep

The Kiss of Deception by Mary E. Pearson – I feel like this book has been in my TBR for longer than 2016 and I love the covers but I hear so many mixed reviews but I’ve been know to be a cover buy person so….. ♦ Verdict- Keep (for now)

Obsidian by Jennifer L. Armentrout – I recently read The Darkest Star, Book 1 a spin-off series from the Lux series and I was totally taken by the story and now I need to know what happened before the events of The Darkest Star. ♦ Verdict – Keep!

The Diviners by Libba Bray – This is one book I added as soon as I heard Trina from Between Chapters  review and complete forgot about it until recently. ♦ Verdict – Keep

The Name of the Wind by Patrick Rothfuss – I have to confess the reason I haven’t pick this one up yet is because is huge but since I have been reading bigger books I think is time I give this one a go. ♦ Verdict – Keep

The Bane Chronicles  – I have no excuse for not having picking this one up, I don’t what’s wrong with me and I should be ashamed of myself since I go around saying I’m a die hard Shadowhunters fan, no excuse! ♦ Verdict –  KEEP & READ ASAP!

How it Ends by Catherine Lo – This is a story about best friends and how one day that friendship ends, I need this book badly.  To be honest I complete forgot about it but I will be putting it on high priority. ♦ Verdict – Keep

Walk on Earth a Stranger by Rae Carson – This story takes place in 1849 during the gold rush but, I lost interest in it a while back so I guess it’s safe to say that I will pass on it. ♦ Verdict – Toss

There are now 705 books in my goodreads TBR after immediately tossing Walk on Earth a Stranger and I’m sure it will still be growing because let’s face it I love books and we get new releases once a week and if one picks my interest you bet I’ll pick it up.

Now, have you read any of these or are any of them in your TBR?  Let me know down in the comments.