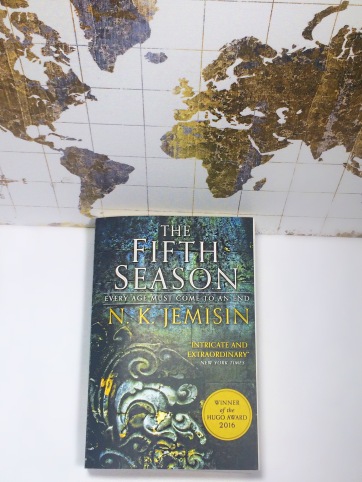 The Fifth Season (Book #1 of The Broken Earth)

THIS IS THE WAY THE WORLD ENDS FOR THE LAST TIME.

IT STARTS WITH THE GREAT RED RIFT across the heart of the world’s sole continent, spewing ash that blots out the sun.

IT STARTS WITH DEATH, with a murdered son and a missing daughter.

IT STARTS WITH BETRAYAL and long-dormant wounds rising up to fester.

This is the stillness, a land familiar with catastrophe, where the power of the earth is wielded as a weapon.  And where there is no mercy.

Well, this was a fantastic read; The Fifth Season takes place in the Continent named The Stillness.  This continent is constantly going thru apocalyptic endings called The Seasons.  We follow three Orogene or rogga (derogatory) characters, Essun a middle aged woman whose son was killed by her husband and she goes looking for him and her daughter, Damaya, gets sold by her parents due to her Orogene powers, she gets taken to the Fulcrum where all Orogenes get trained to use and control their power.  Syenite trained by the Fulcrum sent on a mission with one of the most powerful Orogene called Alabaster.

The world created in the story was both fascinating and a bit cruel, the magic system was very interesting as well. My only con with this story was that Essun’s story was told in second person, which I found a bit confusing but by the end of the book everything was perfectly clear. 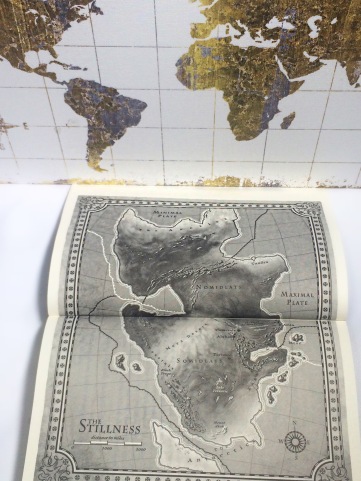 To be honest I was going to DNF’ed this book but I decided to just keep reading and I’m glad I did I mean I gave it a full 5 stars.  A very interesting story indeed.  My advise to you keep on reading you’ll be glad you did.

One thought on “The Fifth Season (The Broken Earth Book #1) by N.K. Jemisin”